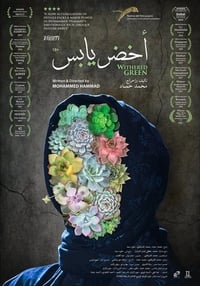 Withered Green tracklist: help us to build the biggest library of soundtracks.

After the death of her parents, a traditional and conservative young woman, Iman, has to take care of her younger sister, Noha. When her sibling is faced with a marriage proposal, Iman has to ask her uncles to meet the groom and his family, as customs in Arab societies require the presence of a man from the bride’s side for the marriage agreement. But Iman decides to disregard the tradition.
Gatunek: Drama
Countries: Egypt
Released on: 24 Oct 2017     Boxoffice: unknown

Soundtrack Withered Green music above, see and visit videos to listen the song.