Vs. soundtrack: complete list of songs used in the movie/tv show/game. 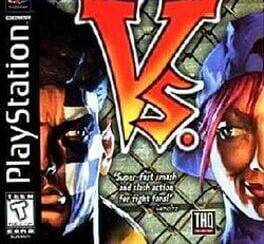 Vs. tracklist: help us to build the biggest library of soundtracks.

Vs. songs: full list of tracks included in your favourite film.

real warriors - real Turf In the mean roads of today there's no law, no order. Only turf and gangs dedicated to protecting it. true folks who've learned to war 'cause they had to. Weakness is not an option. Give 'em an inch and they'll take your entire 'hood. Fighting has never been so close to home! Loads of cool characters and familiar environments More blows, blocks, holds, throws, combos and counters than you can handle Unbelievably quick gameplay Tons of kickin' alternative rock tunes
Gatunek: Fighting

Soundtrack Vs. music above, see and visit videos to listen the song.

Vs. audio free titles ready to watch on youtube and familiar mp3 services.