The Time That Remains soundtrack

The Time That Remains tracklist

The Time That Remains soundtrack: complete list of songs used in the movie/tv show. 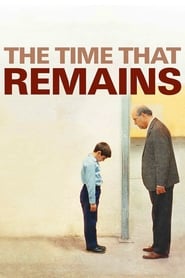 The Time That Remains tracklist: help us to build the biggest library of soundtracks.

The Time That Remains songs: full list of tracks included in your favourite film.

The Time That Remains About

An examination of the creation of the state of Israel in 1948 through to the present day. A semi-biographic film, in four chapters, about a family spanning from 1948 until recent times. Combined with intimate memories of each member, the film attempts to portray the daily life of those Palestinians who remained in their land and were labelled "Israeli-Arabs," living as a minority in their own homeland.
Gatunek: Drama, History
Countries: Belgium, United Arab Emirates, France, Italy, United Kingdom, Palestinian Territory
Released on: 12 Aug 2009     Boxoffice: $6500000

Soundtrack The Time That Remains music above, see and visit videos to listen the song.

The Time That Remains audio free titles ready to watch on youtube and familiar mp3 services.