The Karaoke Kid soundtrack: complete list of songs used in the movie/tv show/game. 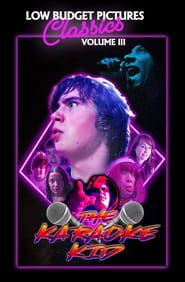 The Karaoke Kid tracklist: help us to build the biggest library of soundtracks.

The Karaoke Kid songs: full list of tracks included in your favourite film.

The Karaoke Kid About

In the first All Comedy Flick from LBP, Chris Seaver brings you the heart warming tale of AJ Stabone, a mild mannered guy who was thrust from his California life, to live in the small hick town known as Wellsville, NY. He soon finds out that this small town is much more than it seems. It is home to the BIGGEST Karaoke Championship of all time, and Ricky the Gootch reigns Supreme. Ricky makes it pretty hard for the NEW Kid and starts an all out War to destroy AJ and his "cool" ways. AJ along with his mentor Poopdeck Pappy, enter the contest to thwart Ricky's plans of Karaoke World Domination and put him in his place. Watch as You Will witness Karaoke, like you have never seen it before.
Gatunek: Comedy

Soundtrack The Karaoke Kid music above, see and visit videos to listen the song.