The District s03e15 soundtrack: complete list of songs used in the movie/tv show/game. 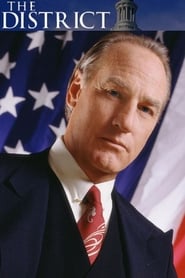 Episode title: Back in the Saddle

The District s03e15 tracklist: help us to build the biggest library of soundtracks.

The District s03e15 songs: full list of tracks included in your favourite film.

What is the song given to Debrino season 3 episode 15

What is the song given to Debrino season 3 episode 15, The District, by Lee Ann Womack

The District s03e15 About

Debreno is assigned to protect a country singer, scheduled to sing at the Kennedy Center Honors, who's receiving death threats; Elsewhere, in an effort to lead by example, Mannion hits the streets as a uniformed cop to make quality-of-life arrests on charges such as disorderly conduct, gambling and prostitution. But one of his arrests sparks a chain of events that leads to the reopening of a cold-case murder.
Script: Terry George, Jack Maple      Gatunek: Drama
Countries: US
Released on: 14 Feb 2003     Boxoffice: unknown

Soundtrack The District s03e15 music above, see and visit videos to listen the song.