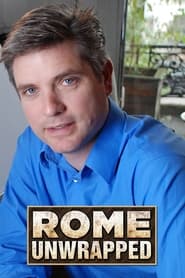 Episode title: Secrets of the Gladiators

Rome Unwrapped s01e02 tracklist: help us to build the biggest library of soundtracks.

Documentary exploring the surviving ruins of ancient Rome, beginning with a look at the Colosseum, built to house 50,000 spectators. While gladiatorial games pre-dated the stadium, there had never been permanent structures for the purpose, and there was a great deal of concern at what might happen when thousands of excitable citizens were corralled in one place. The programme features surviving eyewitness accounts from the day the Colosseum opened its doors to the public, showcasing executions, battles between wild animals and a duel to the death.