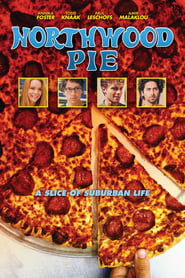 Northwood Pie tracklist: help us to build the biggest library of soundtracks.

A Community college burnout in the making Crispin, spends the majority of his time stuck on repeat with a longtime group of childhood friends. But his newfound desire to move out of his suburban hometown prompts him to land a job at the local, rundown Northwood Pizza. There he meets a group of employees as attached to their jobs as Crispin's friends are to their city; including Sierra, a girl whose musings lie deeper than most. Through his experiences with his friends, coworkers, and a kindling relationship, Crispin Learns to embrace his higher ambitions.
Gatunek: Comedy, Drama, Romance

Soundtrack Northwood Pie music above, see and visit videos to listen the song.