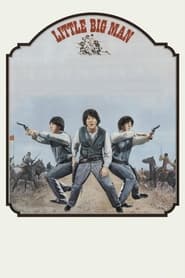 Little Big Man tracklist: help us to build the biggest library of soundtracks.