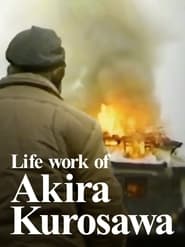 Life work of Akira Kurosawa tracklist: help us to build the biggest library of soundtracks.

Life work of Akira Kurosawa About

The late Akira Kurosawa won the People's Honor Award. However, the general public does not know who he is, and he is often talked about with a misunderstood impression. Its reputation is still high overseas, and the boom continues to occur among the younger generation. Still, the real Kurosawa director is not thought to have been a very gentle and soft-spoken director. This work introduces the human Akira Kurosawa, who was shown during the production process of the movie "Ran".
Gatunek: Documentary

Soundtrack Life work of Akira Kurosawa music above, see and visit videos to listen the song.