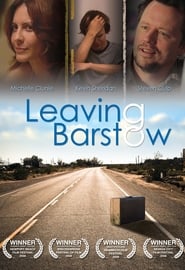 Leaving Barstow tracklist: help us to build the biggest library of soundtracks.

Growing up in Barstow, CA, high school senior Andrew hopes for a bigger world -- but his devotion to his mother, Sandra, and his awakening attraction to newcomer Jenny, combine to keep him tied to home. Andrew's loyalties become confused and his prior ambitions begin to fade as he realizes he must make the most difficult of all decisions -- choosing between himself and the people he loves.
Gatunek: Drama, Romance
Countries: United States of America
Released on: 28 Apr 2008     Boxoffice: unknown

Soundtrack Leaving Barstow music above, see and visit videos to listen the song.