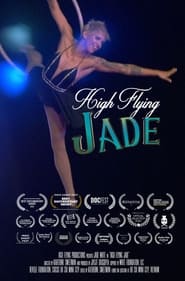 High Flying Jade tracklist: help us to build the biggest library of soundtracks.

Walking the line between mindfulness and adrenaline rush, an American, bipolar, aerialist tries to reconcile her suicidal inclinations, her past life as an air traffic controller and the pressures of training for opening night at the Vietnamese circus. High Flying Jade is the true story of a bipolar woman from Los Angeles who moved to Vietnam and joined the circus in Hồ Chí Minh City. In the US, Jade was an air traffic controller but repeated attempts at suicide culminated in hospitalization. She was eventually diagnosed and treated for bipolar disorder. Now, she tries to manage her unique brain chemistry with learned-mindfulness and focused aerial training. We meet her one week before the opening night of her first ever performance in a real, big top circus.
Gatunek: Documentary
Countries: Vietnam
Released on: 31 May 2019     Boxoffice: $1000