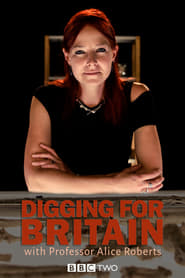 Digging for Britain s03e03 tracklist: help us to build the biggest library of soundtracks.

Digging for Britain s03e03 About

Professor Alice Roberts and archaeologist Matt Williams present 2014's most outstanding archaeology from the north of Britain. Sitting in the heart of the Neolithic Orkney World Heritage Site, the Ness of Brodgar houses a 5,000-year-old temple at the heart of a sacred landscape, built out of stone over hundreds of years. We catch the unearthing of a Roman altar dedicated to Jupiter that was originally carved in the 2nd century, when Maryport was part of the coastal defences linked to Hadrian's Wall. 11,000 years ago Flixton in Yorkshire was an island used by our very earliest ancestors, and it has preserved vital clues about their world and the wild horses they hunted and ate. In Ardnamurchan, a 5,000-year-old cemetery - housing burials from the Bronze and Iron Ages... and an intact Viking boat burial. A Tudor-era aristocrat's feasting hall is revealed... and how one night the revelry came to a very abrupt end. One of the richest hoards of Pictish treasure ever found reveals the metalworking secrets of the mysterious tribes who ruled Dark Ages Scotland.
Gatunek: Documentary
Countries: GB
Released on: 16 Feb 2015     Boxoffice: unknown

Soundtrack Digging for Britain s03e03 music above, see and visit videos to listen the song.