24 Realities per Second soundtrack: complete list of songs used in the movie/tv show/game. 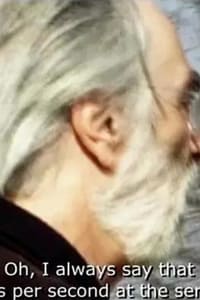 24 Realities per Second tracklist: help us to build the biggest library of soundtracks.

24 Realities per Second songs: full list of tracks included in your favourite film.

24 Realities per Second About

Directors Nina Kusturica and Eva Testor followed Michael Haneke for a period of two and a half years. They accompanied him to film premieres and public appearances, radio interviews and photo shoots; they observed him as he scouted locations, directed actors on the set, and made final cuts in the editing room. In between, on long train and car rides, Haneke spoke candidly about his childhood, his transition to filmmaking, and his views on cinema, discussing films that inspired him and his own work (he counts The Seventh Continent and 71 Fragments of a Chronology of Chance among his favorites). What emerges in this insightful documentary is a portrait of a dedicated filmmaker, a charming yet elusive figure in thrall to cinema and the constant perfection of his craft.
Gatunek: Documentary

Soundtrack 24 Realities per Second music above, see and visit videos to listen the song.