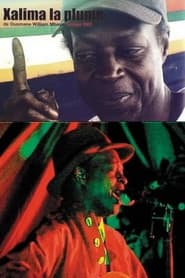 Xalima la plume tracklist: help us to build the biggest library of soundtracks.

As the founder of folk music in Senegal, Seydina Insa Wade had his hour of glory in the 1970s. After his departure for France in the 1980s, where he performed in jazz clubs, Seydina Insa Wade was somewhat forgotten by his countrymen and women. Observing that the new generation in Senegal was unfamiliar with his music, he decided to regain contact with his country and returned to Dakar to record his latest numbers. Ousmane William Mbaye followed this return to the home country for two years, and the friendship which grew up between the two men provides us with a sensitive and highly personal portrait of the musician: through his personal statements and songs, we discover a constantly moving, multifaceted personality.
Gatunek: Documentary
Countries: France, Senegal
Released on: 31 Dec 2003     Boxoffice: unknown