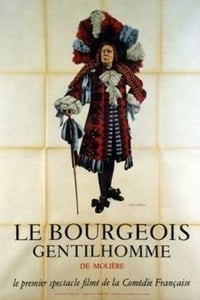 Would-Be Gentleman tracklist: help us to build the biggest library of soundtracks.

Le Bourgeois gentilhomme satirizes attempts at social climbing and the bourgeois personality, poking fun both at the vulgar, pretentious middle-class and the vain, snobbish aristocracy. The title is meant as an oxymoron: in Molière's France, a "gentleman" was by definition nobly born, and thus there could be no such thing as a bourgeois gentleman.

Soundtrack Would-Be Gentleman music above, see and visit videos to listen the song.