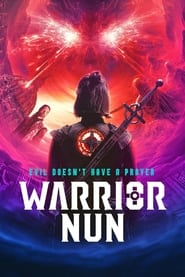 Warrior Nun s02e01 tracklist: help us to build the biggest library of soundtracks.

Ava and Beatrice jump into action when they meet an ally eager to take down a self-proclaimed prophet and his followers. Tragedy strikes at the convent.
Gatunek: Action & Adventure, Drama, Sci-Fi & Fantasy
Countries: US
Released on: 9 Nov 2022     Boxoffice: unknown