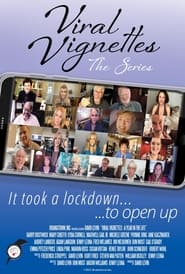 Viral Vignettes s01e01 tracklist: help us to build the biggest library of soundtracks.

After a year in lock down, Marshall (Don Most) has finally gone off the deep end. Now it's up to his wife, Judy (Linda Purl) to stage a zoom intervention to bring him back to the land of the living.
Director: David P. Levin, Don Most    Script: Frederick Stroppel, David P. Levin, Kurt Fried, Steven Van Patten, William Bickley, Jenny Leona
Countries: US
Released on: 12 Aug 2022     Boxoffice: unknown