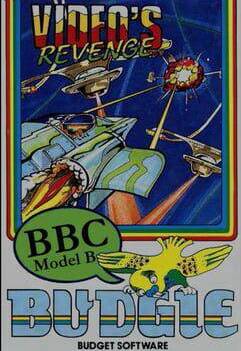 Video's Revenge tracklist: help us to build the biggest library of soundtracks.

An arcade shoot-'em-up which flips Defender by 90 degrees. You fly your ship through different waves of various types of opponent ships related to those found in Defender - i.e. there is a baiter-type, pods, swarmers, landers (except that they don't land). There is also an added detail of an energy balloon; blast this twelve times and your firepower is increased. Your armament initially consists of a Defender style laser system. A function carried over from the sequel to Defender - Stargate - has also been included, inviso-flight. This makes you temporarily invisible and immune to opponent attack. The ship can go in four directions, and re-trace its steps to receive an opponent that has been missed. You also have a long range radar scope to see what's coming up, and what's been left behind.
Gatunek: Shooter, Arcade

Soundtrack Video's Revenge music above, see and visit videos to listen the song.