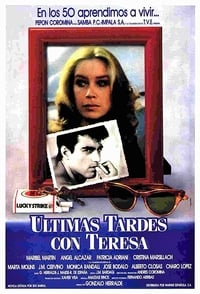 Adapted from the novel by Juan Marse, the film shows two distant worlds in the Spain of the 50's, the suburban and the bourgeois, which are related through two characters, Manolo Reyes, vulgar motorcycle thief who aspires to escape poverty and Teresa Serrat, university student of bourgeois extraction seduced by the revolutionary cause.
Gatunek: Drama
Countries: Spain
Released on: 1 Apr 1984     Boxoffice: unknown