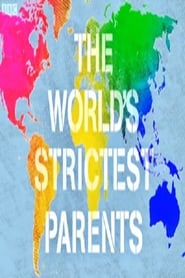 The World's Strictest Parents Specials episode 01 tracklist: help us to build the biggest library of soundtracks.

Since 2008, the World's Strictest Parents has taken nearly 50 of Britain's most materialistic, hedonistic, education-shunning, drink-fuelled teenagers to experience traditional parenting in the far-flung corners of the world - and practically every one of them has thrown a teenage temper tantrum somewhere. For this unique episode we invited every teen who has ever taken part in the series to London for an exclusive red carpet cinema premiere. At this rather less-than-royal reunion they get to enjoy, relive and reflect on the top ten biggest tantrums out of all the kids in all the countries - and they are certainly many and varied. From swearing in churches to shouting at teachers and storming out of houses, the teens in this show have certainly taken the 'Best of British' to its extremes on many a foreign shore. For Ross Torry, it's over three years since his parents dispatched him to Alabama in a last-ditch effort to change his selfish ways. His confrontations with the deeply religious Garnett family give us all a cringeworthy reminder of his teenage temper. Meanwhile, Bex Keene and Chezdan Mills get to relive the hell they raised in Atlanta - running out of Sunday School to smoke cigarettes in the woods with bibles on their heads for rain cover - but where will their antics be placed in the running order? Peter Wrigley reacted quite spectacularly to the slums of India, but a few years on is rightfully mortified by his selfish attitudes of old, while London tough girl Sevda Huseyin gets to reflect on her five-hour Texan stand-off when the Frazee family tried to stop her from smoking. We catch up with plenty of the series's favourite teenagers and find out what they think of their temper tantrums and the strict families who tried to tame them, and crucially, how in the long term World's Strictest changed their lives