The Simpsons s34e09 soundtrack: complete list of songs used in the movie/tv show/game. 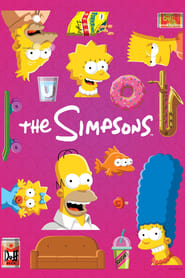 The Simpsons s34e09 tracklist: help us to build the biggest library of soundtracks.

It Had to Be You
Billie Holiday

The Simpsons s34e09 songs: full list of tracks included in your favourite film.

The Simpsons s34e09 About

Soundtrack The Simpsons s34e09 music above, see and visit videos to listen the song.