The Consequences soundtrack: complete list of songs used in the movie/tv show/game. 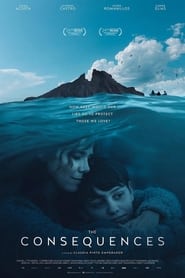 The Consequences tracklist: help us to build the biggest library of soundtracks.

The Consequences songs: full list of tracks included in your favourite film.

Since Fabiola saw her husband die in a diving accident, nothing has been the same again. Tired of not getting better, she decides to self-prescribe an unconventional therapy: together with her dad and her teenage daughter, she travels to a house her family owns in a small volcanic island. During this time of coexistence, each of them tries to protect their own privacy, and to safeguard their secrets. But all this secrecy triggers Fabiola’s paranoia. She has neither evidence nor certainty, but something tells her that things are not what they seem.
Gatunek: Drama, Thriller
Countries: Belgium, Netherlands, Spain
Released on: 17 Sep 2021     Boxoffice: unknown

Soundtrack The Consequences music above, see and visit videos to listen the song.