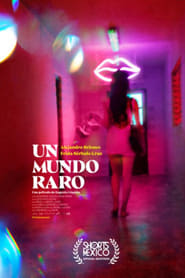 Strange World tracklist: help us to build the biggest library of soundtracks.

They're The Clades!
James Hayden

Amira, a prostitute from bars and seedy neighborhoods, discovers love in one night while trying to save de life o a suicide bomber.

Soundtrack Strange World music above, see and visit videos to listen the song.