Stargate: History Made soundtrack: complete list of songs used in the movie/tv show/game. 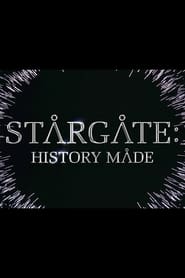 Stargate: History Made tracklist: help us to build the biggest library of soundtracks.

Stargate: History Made songs: full list of tracks included in your favourite film.

Stargate: History Made About

Divided into three segments, "Deciphering the Gate: Concepts and Casting" (7:50), "Opening the Gate: The Making of Stargate" (10:11) and "Passing Through the Gate: The Legacy" (4:29), the shows look at the film's origins and development, cast and performances, locations and effects, visual and set design, the use of the Egyptian language, and the movie's success/legacy.
Gatunek: Documentary
Countries: United States of America
Released on: 26 Oct 2009     Boxoffice: unknown

Soundtrack Stargate: History Made music above, see and visit videos to listen the song.