HomeSlaves in Cages: 'Slaver i bure'

Slaves in Cages: 'Slaver i bure' soundtrack: complete list of songs used in the movie/tv show. 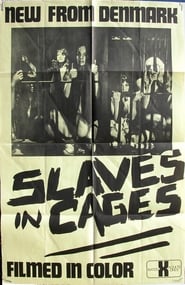 Slaves in Cages: 'Slaver i bure' tracklist: help us to build the biggest library of soundtracks.

Slaves in Cages: 'Slaver i bure' songs: full list of tracks included in your favourite film.

Slaves in Cages: 'Slaver i bure' About

Rich playboy (with a bad Elvis hair-do) preys on innocent women, luring them back to his mansion, then knocking them out and locking them up! He makes them eat like animals out of food trays, whips and rapes them, and trains them to put on a sex show for his perverted pals (which is how he made his fortune). When the women tire of his erotic abuse, they rise up and brutally murder him onstage to the roaring applause of the amazed audience! Reminiscent of the later BLOODSUCKING FREAKS, the women have all been driven mad by their enforced captivity, making them no better than their dear, departed master in the end.
Gatunek: Crime
Countries: Denmark, United States of America
Released on: 15 Aug 1970     Boxoffice: unknown

Soundtrack Slaves in Cages: 'Slaver i bure' music above, see and visit videos to listen the song.