The Traitors (UK) soundtrack: complete list of songs used in the movie/tv show/game. 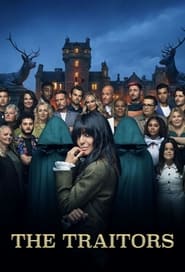 The Traitors (UK) About

Twenty-two strangers must compete in a series of missions, the more missions they win, the bigger the prize pot. However, amongst the players lie the ‘Traitors’, who meet in secret and decide who to eliminate from their fellow players known as ‘Faithfuls’. Whilst trying to avoid being eliminated, the Faithfuls must figure out who is a Traitor and vote them out to take the prize money for themselves. If a Traitor makes it to the end, they are in with a chance of taking home the cash prize. But there will be twists, turns, and surprises for the players.
Gatunek: Reality
Countries: GB
Released on: 28 Nov 2022