The Age of Iron soundtrack

The Age of Iron tracklist

The Age of Iron soundtrack: complete list of songs used in the movie/tv show/game. 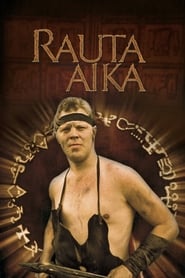 The Age of Iron About

Rauta-aika (The Age of Iron) is a dramatic four-part miniseries completed in 1982 by Finnish broadcast network Yle TV2. The production attempts to adapt the national epic of Finland, the Kalevala, for the television audience by way of humanizing the mythological characters whose thoughts and actions drive the narrative. The protagonists of Rauta-aika, Väinö, Ilmari and Lemminki, have been inspired by the tales in the Kalevala and go in search of a woman, eventually finding themselves at war with the Nordic people, and in the end pay dearly for their pursuits.