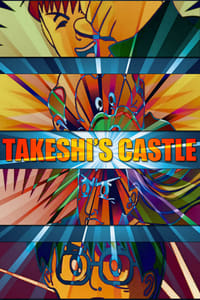 Takeshi's Castle was a Japanese game show that aired between 1986 and 1990 on the Tokyo Broadcasting System. It featured the Japanese actor Takeshi Kitano as a count who owns a castle and sets up difficult challenges for players to get to him. The show has become a cult television hit around the world. A special live "revival" was broadcast on April 2, 2005, for TBS's 50th anniversary celebrations.
Gatunek: Comedy
Countries: JP, PH, GB, US
Released on: 31 Oct 2002