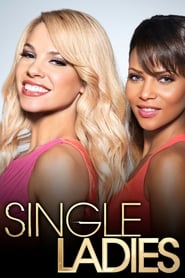 Single Ladies is an American comedy-drama television series on VH1 that debuted on May 30, 2011, as a two-hour television film. Created by Stacy A. Littlejohn and produced by Queen Latifah's Flavor Unit Entertainment, the series chronicles the lives of three friends — Val, Keisha and April — and their relationships.
Gatunek: Drama, Comedy
Countries: US
Released on: 30 May 2011