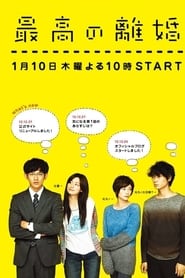 1
Episode 1
Specials
1
So much pain and suffering. Marriage is like being tortured for a long long time.
2
If only you would just drop dead.
3
The other couple's secret and truth.
4
Why don't you just admit it already!? I've already come to realize this a long time ago!? You don't love me! You only love yourself!
5
No, I'm not ever gonna say that you shouldn't cheat on others. Every guy feels that way one way or another. If I could, I would cheat!
6
Because men are childish, women end up like this. In the end, a wife has 2 choice, becoming a strict wife or a crying wife. It's so stupid. Being a husband and wife is such a joke.
7
Even though I was the one who decided to break this off, I can't help but feel a bit lonely. But one day if I ever wanna see you, or if I ever want to talk to you...
8
Going out on the town, taking initiative and talking to someone you happen to meet, wanting to sleep with just anyone, what if you become that type of person... why not, shall we sleep with each other just this once?
9
I don't think that divorce is the worst case scenario. I think that it's the worst thing to be with someone you have no love or expectation for. The next time you marry, I hope that it is for the absolute best.
10
Why don't you just become the child's father!? Isn't that the best way to get around the problem? It's not so much about the responsibility per se but shouldn't you look after them?
11
To be honest, it's so hard. I thought that marriage was a torture, but I was wrong. Marriage is like a food chain. I just shut up and wait to be eaten. Oh so much pain and suffering. It's 4 times harder.
Season 1

Ordinary salaryman Hamasaki Mitsuo works for a company which installs vending machines. He complains about his marriage life while at the dentist office. Mitsuo isn't happy at all with his marriage with his wife, Hoshino Yuka, who has the complete opposite personality from him. He doesn't know if he loves Yuka or not. At this time, Mitsuo meets Kono Akari, his ex-girlfriend from his university days, who is now married to Uehara Ryo.
Director: Rieko Miyamoto    Gatunek: Comedy, Drama
Countries: JP
Released on: 10 Jan 2013