Just Cause soundtrack: complete list of songs used in the movie/tv show/game. 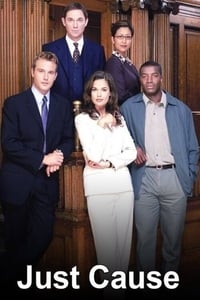 Madison “Madi” Cowart, a struggling reporter for a Florida newspaper, receives a letter from a death row inmate who claims to be innocent. As the investigation unfolds, not only does the case against the inmate prove to be shaky, but other horrors are lurking in the background.
Gatunek: Drama
Countries: US
Released on: 31 Dec 1969