Halo: The Fall of Reach soundtrack

HomeHalo: The Fall of Reach

Halo: The Fall of Reach tracklist

Halo: The Fall of Reach soundtrack: complete list of songs used in the movie/tv show/game. 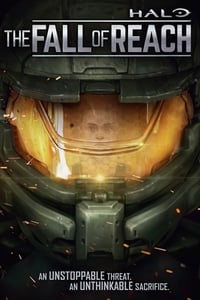 Halo: The Fall of Reach About

Kidnapped as children and conscripted into a brutal military training and augmentation program, the Spartans were designed to be the ultimate weapon against chaos and insurgency—but when a dangerous alien alliance known as the Covenant declares war on humanity, the Spartans might be our only hope.
Director: Ian Kirby    Script: Heath Corson      Gatunek: Animation, Action & Adventure, Sci-Fi & Fantasy
Countries: US
Released on: 26 Oct 2015