Dynamics of Desegregation soundtrack: complete list of songs used in the movie/tv show. 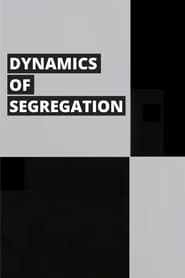 1
Tale of Two Ladies
2
Violence, Vengeance and Vigilante
3
Portrait of a Violent Man
4
Caught on the Face of a Cliff
5
14th Generation Americans
6
The Inevitable Monday
7
The Newest New Negro
8
A Glimpse at the Newest South
9
Resistance and Reaction
10
Face to Face
11
Conformity and the Crutch
12
The Unsolid Truth
13
A Place to Call His Own
14
A Dream Deferred
15
With Some Deliberate Speed
Season 1

Dynamics of Desegregation About

Dynamics of Desegregation, which aired in 1962 and 1963, was a 15-part intensive study of race relations in the United States. Harvard psychology professor Thomas F. Pettigrew hosted the series. It looks at the historical, political, psychological, personal and cultural aspects of segregation, with a particular emphasis on the South.
Gatunek: Documentary
Countries: US
Released on: 27 Jan 1962