ARIA the Avvenire soundtrack: complete list of songs used in the movie/tv show. 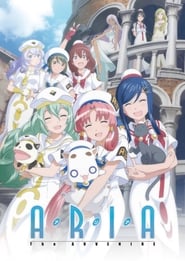 ARIA the Avvenire About

New Aria OVA series produced for the "Ao no Curtain Call" project to celebrate the 10th anniversary of the broadcast of the first Aria TV series Now that Akari Mizunashi is a Prima Undine and head of the Aria Company with her own apprentice, Ai Aino, she can't help but reminisce about her time as a Single. She has new responsibilities and much less time on her hands, but these changes bring with them new forms of miracles that Neo Venezia can give. Growing up into new roles is hard, but Akari can always count on the friends she's made on Aqua in times of need.