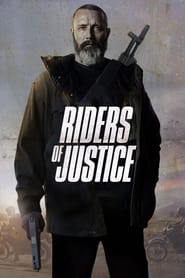 Retfærdighedens ryttere tracklist: help us to build the biggest library of soundtracks.

/5  ( votes)
Correct?:(22)
added on: 29 Apr 2020
A Huge Everygrowing Pulsating Brain That Rules from the Centre of the Ultraworld (Orbital Dance Mix)
The Orb

The film begins when the expat military man Markus has to go home to his teenage daughter Mathilde because his wife dies in a tragic train accident. It seems like a coincidence until the math nerd Otto shows up with his two eccentric colleagues Lennart and Emmenthaler. Otto himself was a passenger on the accident train and is convinced that someone must be behind. As the evidence accumulates, it is clear to Mark that it may have been a carefully orchestrated attack that his wife accidentally fell victim to.
Gatunek: Comedy

Soundtrack Retfærdighedens ryttere music above, see and visit videos to listen the song.