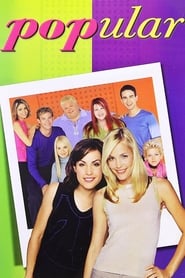 Episode title: Baby, Don't Do It!

Popular s02e02 tracklist: help us to build the biggest library of soundtracks.

Bobbi Glass (with her new nickname, Claws) has a new experiment for the students: they have to take care of baby dolls as if they were real babies. Everybody gets one, except for Lily who shares the doll with Carm. Because they don't know the baby's gender, they name it Hillary Swank - neither a boy nor a girl. Brooke is too busy because she is moving to San Francisco with her mom, and doesn't have time to take care of the doll. Emory's twin sisters, Emma and Emily (Em&Em, a parody of the rap singer Eminem) come to K. High looking for lessons from Nic and MC for how to become popular. Too busy teaching the girls and organizing a party that will define popularity, they handle their babies to a British nanny, who eventually abuses them. Carm, concerned about the unpopular group, decides to help them, but neglects her baby. The twins become too powerful and turn against their teachers. Nic and Mary Cherry decide it's time to stop them and put things back on track. Meanwhile, Sam decides t
Gatunek: Comedy, Drama
Countries: US
Released on: 28 Sep 2000     Boxoffice: unknown

Soundtrack Popular s02e02 music above, see and visit videos to listen the song.