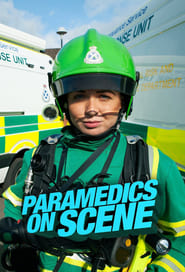 Paramedics on Scene s01e10 tracklist: help us to build the biggest library of soundtracks.

Paramedics on Scene s01e10 About

n this episode, we follow ambulance crews from Edinburgh and Glasgow and the special operations response teams from the east and west of Scotland as they respond to 999 calls and provide emergency medical treatment. In Glasgow, Stevie and his team are called to a car crash on a very rainy day, while elsewhere in the city, ambulance crew Johnny and Fraser get a call to a GP surgery where it is reported that a man in his thirties seems to be having a heart attack – a highly unusual emergency. In Edinburgh, Colin and Dan check and treat an elderly lady with an unusual combination of symptoms.

Soundtrack Paramedics on Scene s01e10 music above, see and visit videos to listen the song.