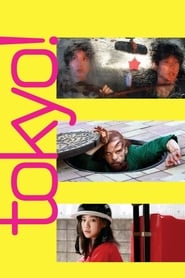 Merde tracklist: help us to build the biggest library of soundtracks.

Merde (French for "shit") is the name given to an unkempt, gibberish-spewing subterranean creature of the Tokyo sewers, played by Denis Lavant, who rises from the underground lair where he dwells to attack unsuspecting locals in increasingly brazen and terrifying ways
Gatunek: Comedy, Drama
Countries: France, Japan
Released on: 18 Aug 2008     Boxoffice: unknown

Soundtrack Merde music above, see and visit videos to listen the song.