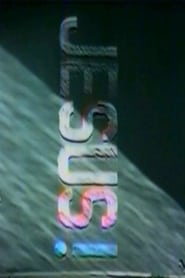 Jesus tracklist: help us to build the biggest library of soundtracks.

Michel Auder’s Jesus – in which underground NY artists and Warhol superstars openly discuss their beliefs. Jesus – which premiered as a screening at The Kitchen in 1980 – mixes documentary elements such as footage of evangelical TV programs, books, cartoons, paintings, and other Jesus related imagery – with performances including Taylor Mead as a priest in the West Village and Florence Lambert playing a crucified Jesus. Also, intercut throughout are surprisingly candid interviews with Auder’s friends, family, and people he approaches on New York City streets about their faith and relationship to the world’s most famous person. Among those interviewed are Diego Cortez, Jackie Curtis, Gerard Malanga, Alice Neel (Andrew Neel’s grandmother), Larry Rivers, and Viva.

Soundtrack Jesus music above, see and visit videos to listen the song.