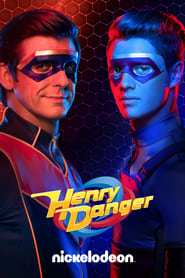 Henry Danger s01e10 tracklist: help us to build the biggest library of soundtracks.

A device in the man cave meant to make men stronger, more powerful, and "manlier", strikes Henry when he accidentally pushes a button on the machine. The effect makes him grow facial hair and increases his adrenaline making him angry, eventually turning him "beastly." Captain Man, Schwoz, and Charlotte rush to find Henry but do not arrive before his crazy behavior ruins his date with Chloe.
Gatunek: Comedy, Family
Countries: US
Released on: 21 Nov 2014     Boxoffice: unknown