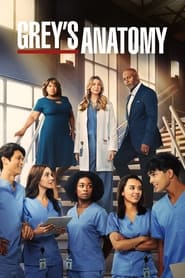 Grey's Anatomy s19e06 tracklist: help us to build the biggest library of soundtracks.

Call On Me
India Carney