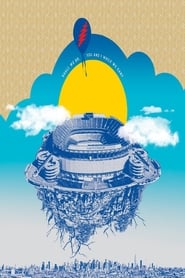 Is this movie worth to watch? Do you have any links guys? I would like to check this out

GIANTS STADIUM: 1987, 1989, 1991 features five previously unreleased shows that were recorded at Giants Stadium in East Rutherford, NJ on: July 12, 1987; July 9 and 10, 1989; and June 16 and 17, 1991. Originally recorded by John Cutler, each show has been mixed from the multitrack master tapes by Jeffrey Norman at Bob Weir's TRI Studios in San Rafael, CA, and mastered in HDCD by David Glasser at Airshow Mastering. The first three shows are mixed from 24-track masters. The final two from 1991 are the only Grateful Dead shows ever recorded to 48-track masters. We’re rounding things out with a little visual stimuli - the entire multi-camera 6/17/91 concert recording on either two DVDs or a single Blu-ray, both with a surround mix by Norman.