Game of love soundtrack: complete list of songs used in the movie/tv show. 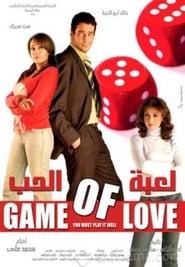 Game of love tracklist: help us to build the biggest library of soundtracks.

Game of love songs: full list of tracks included in your favourite film.

Game of love About

Laila, who is abandoned by her lover dentist because of her excessive freedom, and collected by the Egyptian station for trains, "Essam," who lives a married life and monotonous and tense with his wife, "Hanan" to which he was associated without love Issam Laila attracted after joining the work as a fashion designer in the company that works In the marketing department, their relationship is deepened. Issam divorces his wife, Hanan, but after a period of separation from Leila, she feels very humiliated and decides to travel to Alexandria to try to remedy her harsh experience.
Gatunek: Romance

Soundtrack Game of love music above, see and visit videos to listen the song.