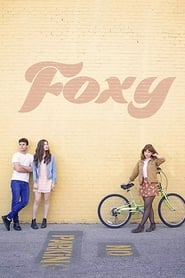 Foxy tracklist: help us to build the biggest library of soundtracks.

Foxy tells the story of Penny Todd, a 20 year old aspiring filmmaker who is desperately trying to keep a "secret" in order to feel "normal" in a world of unachievable societal beauty standards. At the age of ten, Penny lost all of the hair on her body (eyebrows and all) due to an immune condition called alopecia. Since her diagnosis, Penny has chosen not to tell a soul, including her current boyfriend, out of fear of being looked at as strange or "ugly". By hiding this condition, Penny is soon forced to choose between what is more important: giving up on her relationship along with her dream of entering 'Moonwaltz Film Festival', or revealing her condition and opening herself up to potential ostracization, shame, and possibly the loss of her relationship.
Gatunek: Drama, Comedy
Countries: Canada
Released on: 5 Apr 2018     Boxoffice: unknown

Soundtrack Foxy music above, see and visit videos to listen the song.