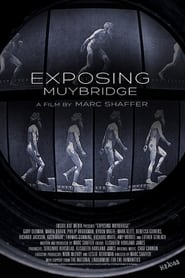 Exposing Muybridge tracklist: help us to build the biggest library of soundtracks.

The story of trailblazing 19th-century photographer Eadweard Muybridge, who changed the world with his camera. Artful, resilient, selfish, naive, eccentric, deceitful--Muybridge is a complicated, imperfect man and his story drips with ambition and success, loss and betrayal, near death experiences and even murder. "The machine cannot lie," Stanford declared of Muybridge's pioneering motion images. But what about the photographer?
Gatunek: Documentary
Countries: United States of America
Released on: 30 Sep 2021     Boxoffice: unknown

Soundtrack Exposing Muybridge music above, see and visit videos to listen the song.