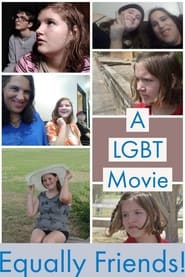 Equally Friends tracklist: help us to build the biggest library of soundtracks.

A teenager from another town comes to Swooder Falls when her mom is arrested, and she tries to fit in, after all being gender-fluid is not socially acceptable, but she meets two people that accept her, but she also meets Phoenix played by Robert Barnett a town bully who does not accept LGBT people, can Harper played by Krys Perry-Franks along with her two new friends convince Phoenix to accept them the way they are?

Soundtrack Equally Friends music above, see and visit videos to listen the song.