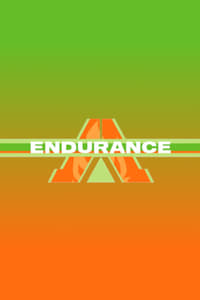 Endurance s03e20 tracklist: help us to build the biggest library of soundtracks.

From Discoverykids.com ""And then there were two!"" proclaims JD as the Orange (Nicole and Demian) and Gray (Lindi and Chris) teams approach the island for the last gathering of Endurance: Hawaii. Earlier in the day, the Gray team obliterated Orange in the Battle for the Pieces mission. By doing so, they collected two additional pyramid pieces, giving them a 10-piece-to-2-piece lead! JD asks the contestants to take a moment to reflect on their Endurance experience in Hawaii, and how amazing it was to compete in a setting that is actually an island, within an island, within another island! He also asks the remaining two teams to think about one interesting fact: The two contestants able to determine their teammates after the Choose Your Partner mission at the beginning of the game, Lindi and Demian, made it to the final round, although they got here in drastically different ways. The Orange partnership has been a struggle from the beginning, but it was their friendships (and alliances) th
Gatunek: Family, Reality
Countries: US
Released on: 18 Feb 2005     Boxoffice: unknown

Soundtrack Endurance s03e20 music above, see and visit videos to listen the song.