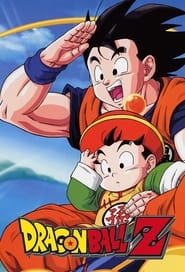 Episode title: Power of the Spirit

The battle on King Kai's planet begins with the Z-Fighters against the Ginyu Force and it seems that our heroes' training is paying off. Piccolo does his best for Goku to complete the Spirit Bomb, but it seems that Frieza might win this battle. At the last moment, the Spirit Bomb is completed, and Goku hurls it at Frieza, who can't control the force of the blast. Frieza is seemingly destroyed.
Script: Akira Toriyama      Gatunek: Sci-Fi & Fantasy, Animation, Comedy, Action & Adventure
Countries: JP
Released on: 11 Jun 1991     Boxoffice: unknown