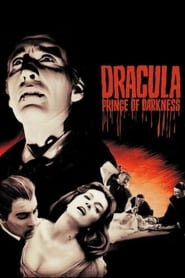 Dracula: Prince of Darkness tracklist: help us to build the biggest library of soundtracks.

Dracula: Prince of Darkness About

Whilst vacationing in the Carpathian Mountain, two couples stumble across the remains of Count Dracula's castle. The Count's trusted servant kills one of the men, suspending the body over the Count's ashes so that the blood drips from the corpse and saturates the blackened remains. The ritual is completed, the Count revived and his attentions focus on the dead man's wife who is to become his partner; devoted to an existence of depravity and evil.
Gatunek: Horror
Countries: United Kingdom
Released on: 9 Jan 1966     Boxoffice: $280379

Soundtrack Dracula: Prince of Darkness music above, see and visit videos to listen the song.