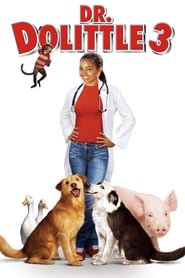 Dr. Dolittle 3 tracklist: help us to build the biggest library of soundtracks.

Lisa Dolittle sends her daughter to 'Durango', a Dude Ranch, to find herself. While there, she uses her talent to talk to the animals in order to save Durango from being taken over by a neighboring Ranch.
Gatunek: Comedy, Family, Fantasy
Countries: Canada, United States of America
Released on: 24 Apr 2006     Boxoffice: unknown

Soundtrack Dr. Dolittle 3 music above, see and visit videos to listen the song.